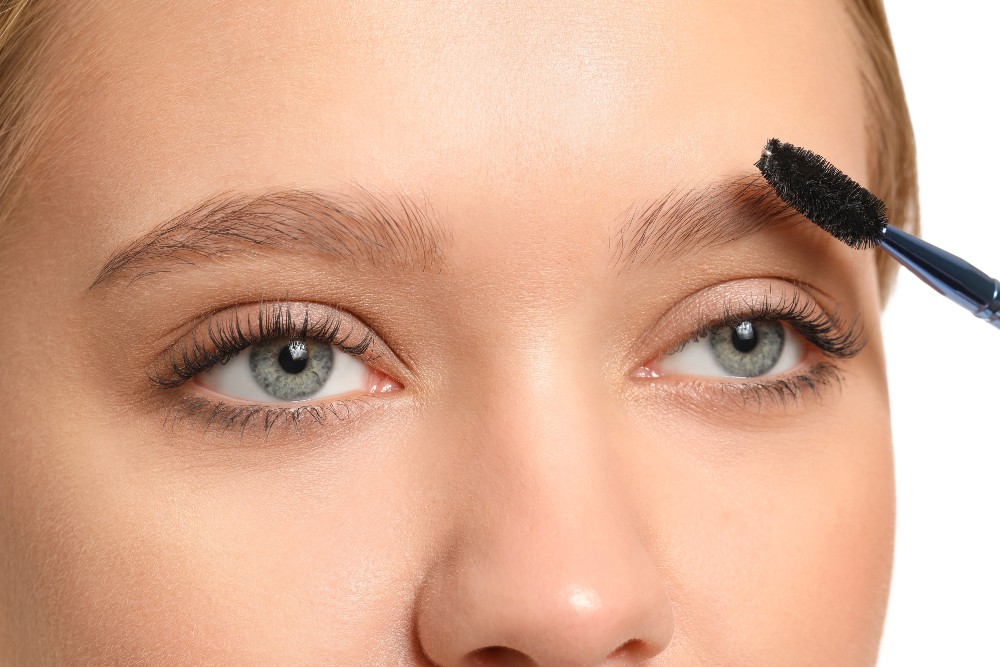 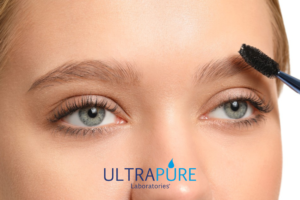 Eyelashes are a key facial feature that makes eyes pop.  Mascara overuse and eyelash extensions may damage natural lashes, leaving them looking sparse.   Here are three top tips to improve the condition of your lashes.

If your eyelashes are damaged, taking a rest from heavy eye makeup can give lashes a chance to repair themselves.  If you can’t go without mascara, avoid waterproof and long-wear mascara for everyday use.

Removing eye makeup is essential for eyelash care.  As most mascaras are made of wax and oils, they can be tough to remove.  An oil-based cleanser will dissolve the wax and oils more easily than a water-based cleanser.  It’s important to be gentle when removing eye makeup, as harshly rubbing lashes may cause breakages. The skin around the eyes is also very thin, so gentle care is needed.  ULTRAPURE Laboratories® Olive Oil is a natural and Vegan-Friendly alternative to oil-based cleansers. It is 100% pure, and made from extra virgin olive oil. Unlike other cleansers, Olive Oil contains so harsh dyes, fragrances or chemicals and is ideal for sensitive skin.

To use Olive Oil to remove eye makeup, follow these four steps: 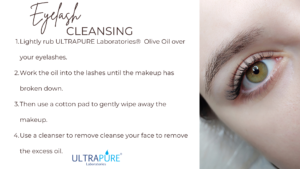 Castor Oil is known as a natural remedy for fuller, healthier looking lashes.  Although Castor Oil doesn’t actually make lashes longer, it hydrates the lashes and keeps them soft, which makes them appear thicker and longer. By keeping your eyelashes hydrated, Castor Oil may also help to prevent lash breakage.   Brushing Castor Oil into the lashes with a clean spoolie will not only keep them soft and pliable, but it will also help to remove dirt and debris from the lashes and hair follicles.  ULTRAPURE Laboratories® Castor Oil is organic and uses the cold press extraction method to extract the oil from the castor seed, ensuring no loss of fatty acids and vitamins. 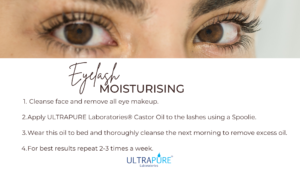 The Guaranteed Irish ULTRAPURE Laboratories® range is available in Pharmacies and Health Stores (in-store and online).

Share Tweet Share Pin
Close Menu
Manage Cookie Consent
To provide the best experiences, we use technologies like cookies to store and/or access device information. Consenting to these technologies will allow us to process data such as browsing behaviour or unique IDs on this site. Not consenting or withdrawing consent, may adversely affect certain features and functions.
Manage options Manage services Manage vendors Read more about these purposes
View preferences
{title} {title} {title}